Swipe Scroll
Connect with us
Reviews

The History of The Duke of Marlborough

The Duke of Marlborough began its life in 1827 as “Johnny Johnstons Grog Shop”. The owner Johnny Johnston was an ex convict come good, he became fluent in Te Reo and was very well regarded by the local Maori. This relationship led to Johnny being able to purchase the freehold site of the Duke – which was one of the first land sales to a European in New Zealand.

In the 1830s, Russell or Kororareka, as it was known then, was the biggest whaling port in the Southern Hemisphere and turned out to be a bit of an eye opener for the missionaries. Up to 500 whalers at a time would arrive in Russell after twelve months at sea, with Russell having no effective law enforcement agency, the scene wasn’t ideal. Prostitution was one of the area’s largest industries and many local women frequently entered into 3 week marriages. 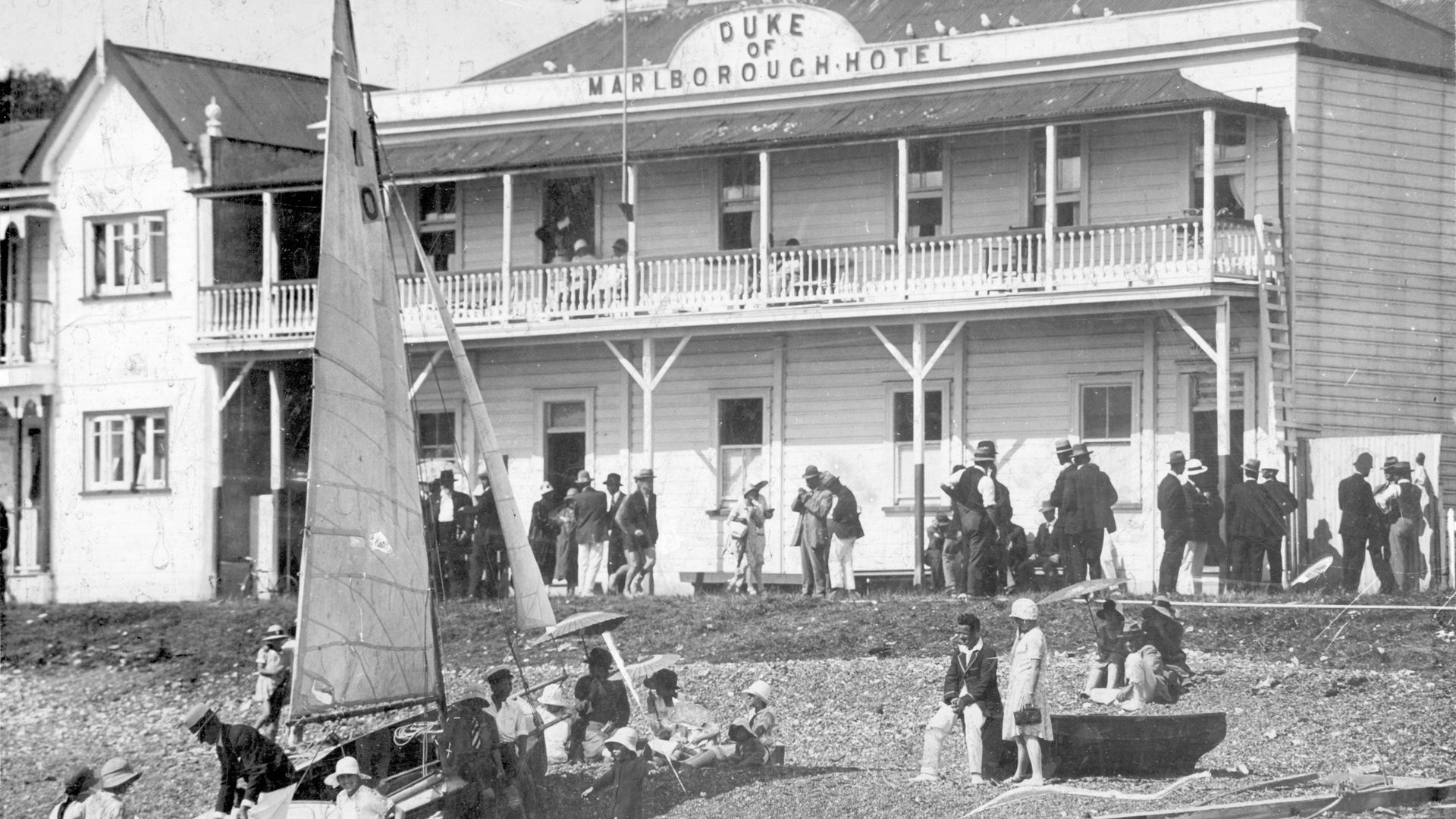 Johnny quickly changed the name of his hotel to the Duke of Marlborough, at the time the Duke of Marlborough was the world’s richest man, so the name sought to bring respect, elegance and opulence to the “Hell Hole of the Pacific”. By all accounts, Johnny was a well trusted man and assisted in the translation of the treaty of Waitangi to the Maori – it is rumoured he was worried that the Maori version did not quite equate to the English version (it still pays to listen to your publican!)

After the Treaty of Waitangi in 1840, New Zealands first government was formed just down the road Okiato, and started treating to bring the famed lawlessness to an end. With Johnny being so well known in the local area, it is no surprise that he managed to swing the very first licence for his establishment (the colonial treasurer was a close friend), so after 13 years of serving Whalers, traders and prostitutes, Johnny the ex con was now all legal.

The licence now hangs proudly in a gold frame in the bar, where sharp eyed history buffs have pointed out a reference to the succession of Queen Victoria from her father. The first Duke building was burnt in 1845 during the battle of Kororareka, but Johnny quickly rebuilt and his family retained the Duke of Marlborough to 1878. From 1878 to 1923 the Duke passed through 8 different private operators.

Between 1923 to 1974 the Duke was owned and run by Hancock Hotels (these days part of the Lion Breweries Empire). In 1931 the second Duke building caught fire and burnt down, the third and current building was built in 1875 and housed the telegraph workers at Cable Bay, it was shipped down the coast and dragged into place by steam traction engine in 1932.

In 1974 a young entrepreneur, Wayne Young, managed to wrestle the Duke away from the breweries in exchange for several of his Taranaki bars. Wayne lifted service and food standards significantly and the business was near bursting at the seams, so in a controversial but commercially savvy move he built another building behind the Duke and managed to convince the authorities that his licence should cover his business across the road as well. This was the start of the truly golden Duke of Marlborough trading days.

In 1983, Wayne sold the lease of the Duke to Karl Andersen. The early 80s was all share market hype, where fun was easy and money no object to it. Karl took the Duke to the Auckland A Listers, with Dom Perignon and Crayfish lunches regularly being trotted out to customers arriving by Sea plane.

Karl set up the “Duke of Marlborough South Pacific Bill fish tournament” with over 500 anglers aiming to win over $100,000 in prizes – for a 25 room hotel in a town of 800 people the guy was certainly aiming for the stars!

Sadly with the share market crash a lot of people lost their businesses and Karl was one of them, the following recession along with the mass granting of new liquor licences in 1991 saw a big loss in revenue for the Duke of Marlborough and Russell in general.

The Duke was sold on to Dell Gifford and a few of her friends. They advertised heavily on radio and made the Duke famous for her Devonshire teas.

In 2003, a young Frenchman, Arnauld Kindt bought the Duke and renovated the accommodation areas significantly, adding a sprinkler system and en-suites to the all the rooms which lifted the star rating of the hotel. He came from a hotel background and focussed on improving the accommodation side of the business.

After falling in love with the Duke in their summer vacations from Otago University, your current Mein hosts (Jayne Shirley, Riki Kinnaird, Bridget Haagh and Anton Haagh) purchased the Duke from Arnauld in 2010 and have been busy bringing their view of what’s great about Northland back to the Duke. 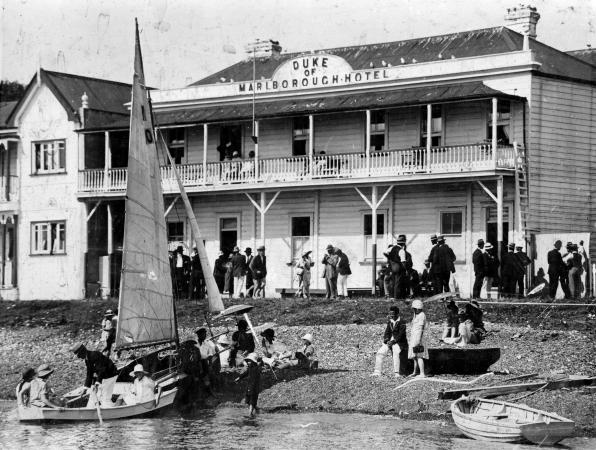 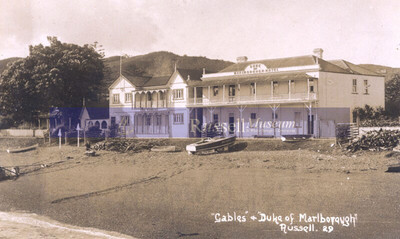 Being able to touch History

Russell is quite unique in New Zealand, in that you can still see and touch a lot of history.

Christ Church is New Zealand’s first church. One of the first donations for its construction came from Charles Darwin, the father of the theory of evolution – who could not believe the “very refuse of society” that he saw in Russell. Walking around the grounds you will find the headstones of Tamati Waka Nene, who was one of the first chiefs to sign the Treaty of Waitangi, Hannah King Letheridge , the first white women born in NZ, and also the graves of some of those who fell in the Battle of Kororareka.

The Church still shows the scars of the battle of Kororareka – with musket holes still clearly evident in its exterior walls.

Hone Heke’s famous stands against the British, with the felling of the British Flag at Flagstaff, is up the hill, just a brisk 15 minute walk up the road behind the Duke.

Russell Museum houses many relics from the battle and the whaling days and is well worth a look around.

The Duke of Marlborough’s logo is a mix of the original Duke of Marlborough’s crest along with a few local points of reference – the word Kororareka refers to Russell’s original name, it means sweet penguin and refers to an old story of a Maori chief who after being injured in battle asked for a broth of sweet penguin to restore his health. This also is the reason for the Penguin in the top right hand part of the shield. The bottom left shows a harpoon and skinning knife – so both the Maori and European history of Russell is reflected. 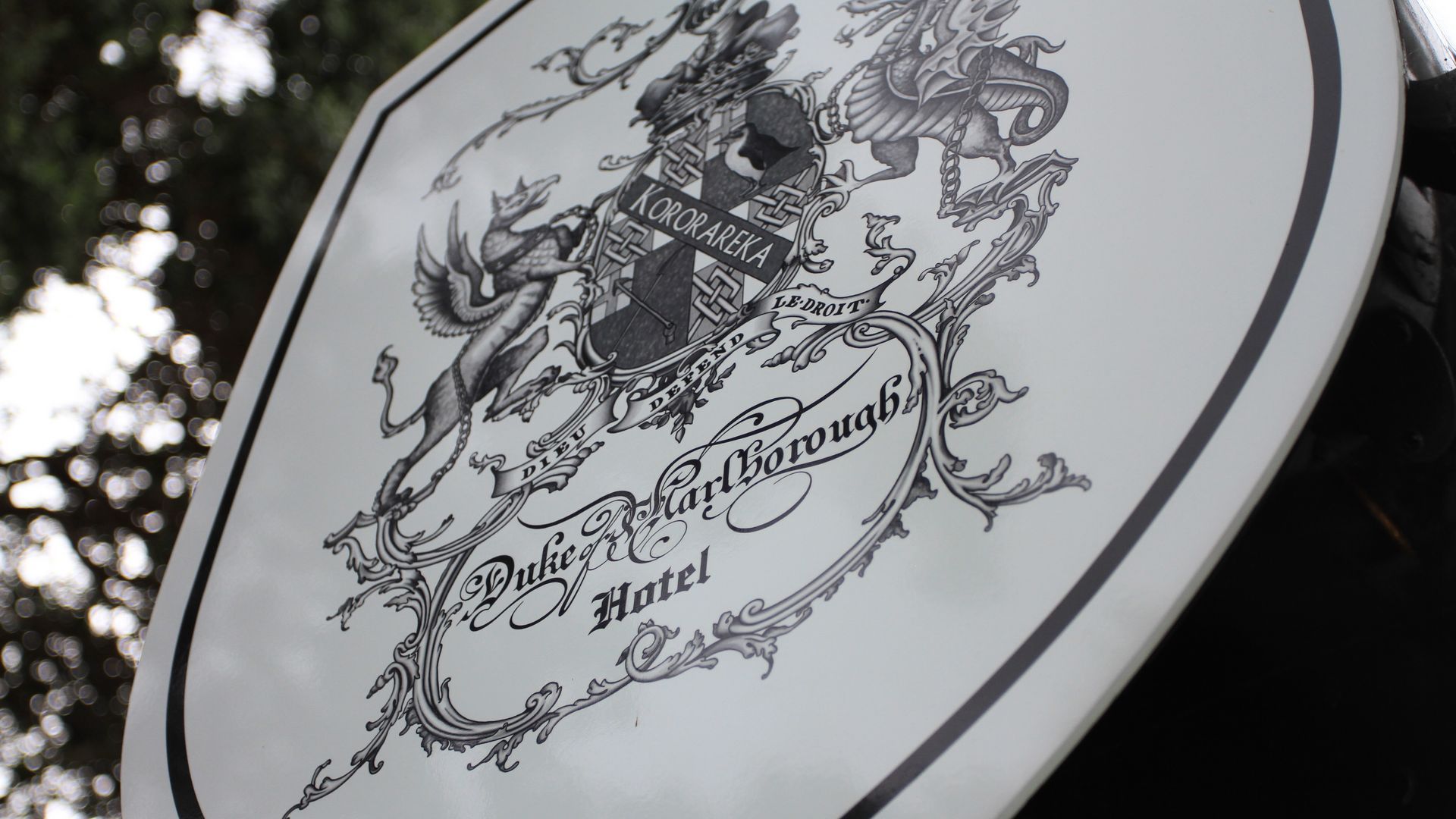 Connect with us
Reviews

What our customers say

The Duke was a perfect place to host our wedding. From the pre-planning to the day itself everything went exactly as I had hoped it would. 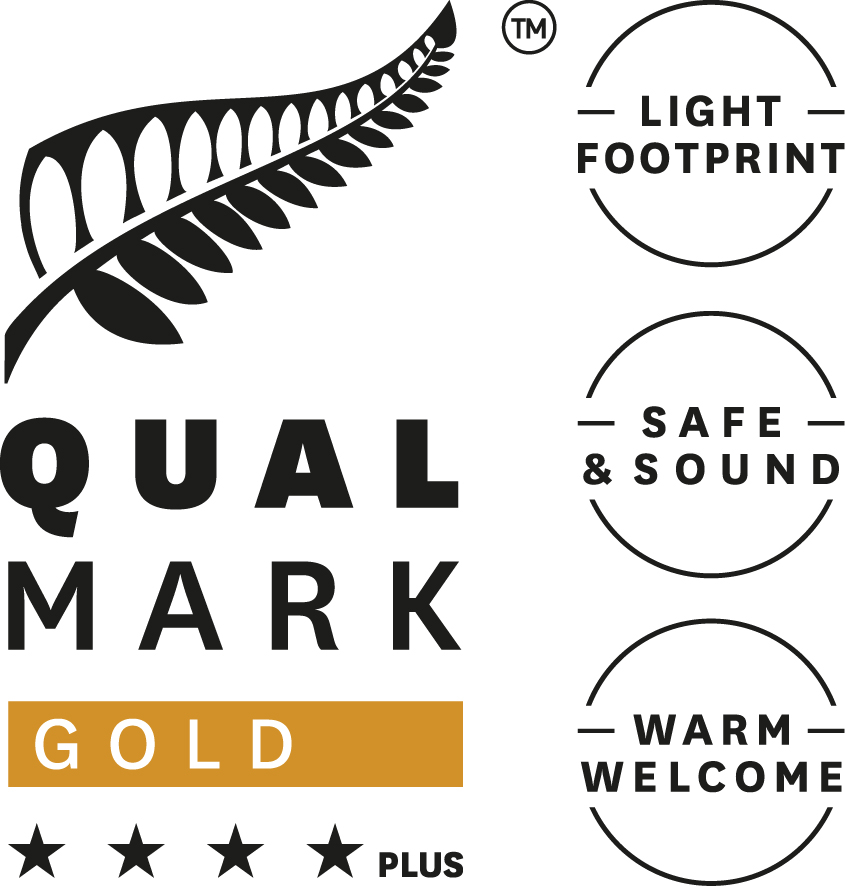 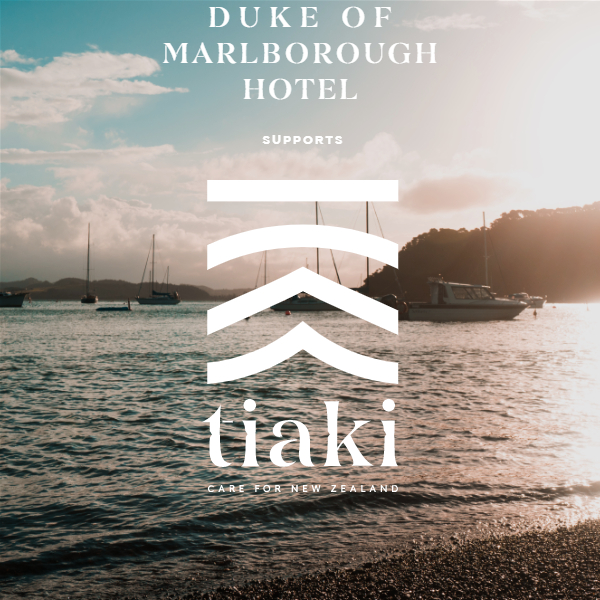 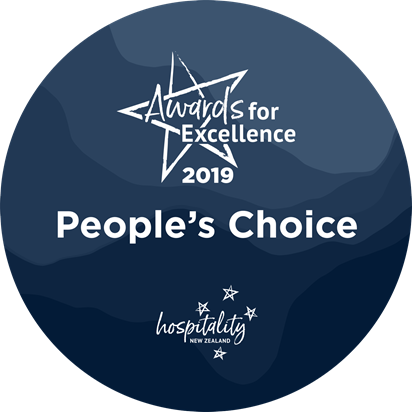